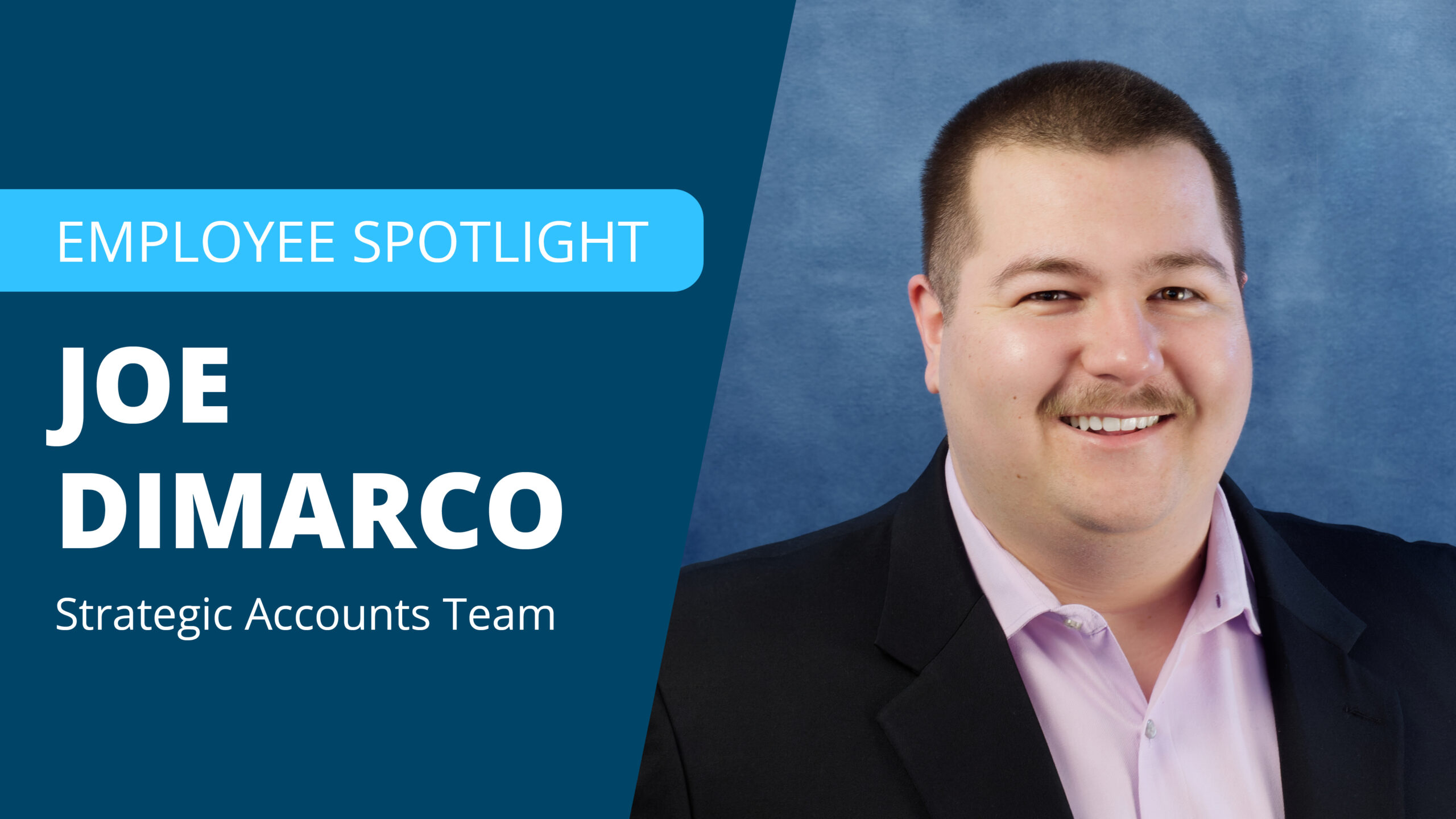 If you’ve ever been on CloudSaver’s website, perused the company’s social media pages, or stepped foot into the office in Overland Park, Kansas, chances are you’ve seen Joe DiMarco.

The ever-friendly DiMarco, armed with University of Kansas sports gear and out-of-this-world-looking shoes, is not shy about his enthusiasm for his favorite sports teams or the work he’s doing at CloudSaver.

“When I heard of this opportunity with CloudSaver, I was chomping at the bit,” DiMarco said.

DiMarco works across both sales and marketing teams to educate and qualify strategic CloudSaver prospects.

“I try to educate prospects and get them interested in what we do here,” DiMarco said.

After graduating from the University of Kansas in 2020 with a degree in marketing and a certificate in professional selling, he worked at a few different places, but none of them were the right fit. His entire team was laid off after an acquisition at his first landing spot. While contemplating a larger move around the country, he accepted another position in Kansas City. He left that position for an opportunity at CloudSaver in January of 2022 and immediately knew this place was different than his previous employers.

“The culture is collaborative,” DiMarco said. “One thing that I think is distinctly different about CloudSaver from other places is it definitely feels like a more welcoming work environment. Everybody feels like they want to be here. We are all working toward the same goal.”

To play his part in achieving the goal, DiMarco knows he has to work hard and fight through rejection, which is a part of sales.

“Don’t be afraid of hearing ‘no.’ Don’t be afraid of rejection,” DiMarco said. “With sales, you have to cut your teeth a little bit in the beginning and do some grunt work. I’m starting to see the light at the end of the tunnel. I think it’s one of those things where you are either cut out for it or you’re not. Eventually you’ll get to some glory.”

Starting his professional career during the pandemic wasn’t the easiest for him, or many others in the same position. But he actually has a more dramatic pandemic story than that.

His favorite location he has visited is Amsterdam, the capital of the Netherlands.

He only spent one day there.

“It’s a different world,” DiMarco said. “The food is different, but familiar. The buildings are unique. You know you’re still on Earth, but it’s nothing like you’ve ever experienced. It’s so nice and calm and comfortable. It was a very cool experience.”

So why only one day?

He arrived in Amsterdam with his girlfriend, who was studying abroad in London at the time, on a Wednesday in March 2020. By Thursday, the United States was calling its citizens back into the country by Saturday.

They hopped on the first flight to London, packed up her things, and returned to the United States on Saturday. DiMarco joked that his own parents and friends were wary of being around him so soon after traveling abroad.

This experience has not soured his desire to travel though.

“I really like getting out and doing stuff I haven’t done before,” DiMarco said. “I love to travel, so any chance I get to go somewhere I haven’t been or do something I haven’t done, I try to seize the opportunity.”

Italy would be his dream destination.

“I would go to Italy,” DiMarco said. “My great-grandfather came here when he was 17 from Sicily, and I’ve always wanted to go see where he was from and see what that part of the world is like. I hear Italy is unlike any other part of the world.”

Italy might be his dream destination, but he’s ecstatic to be in Overland Park at the CloudSaver office right now. He’s appreciative especially of the team camaraderie he’s found there.

“It seems like every time we bring someone in, we add another character to the story,” DiMarco said. “Everyone is great. The energy is fantastic. We are one team, all with the same mission to make this work. That’s what gives me a lot of confidence in what we are doing here.”

Favorite place he has visited: Amsterdam