Nkiruka Obilor is exactly where she wants to be 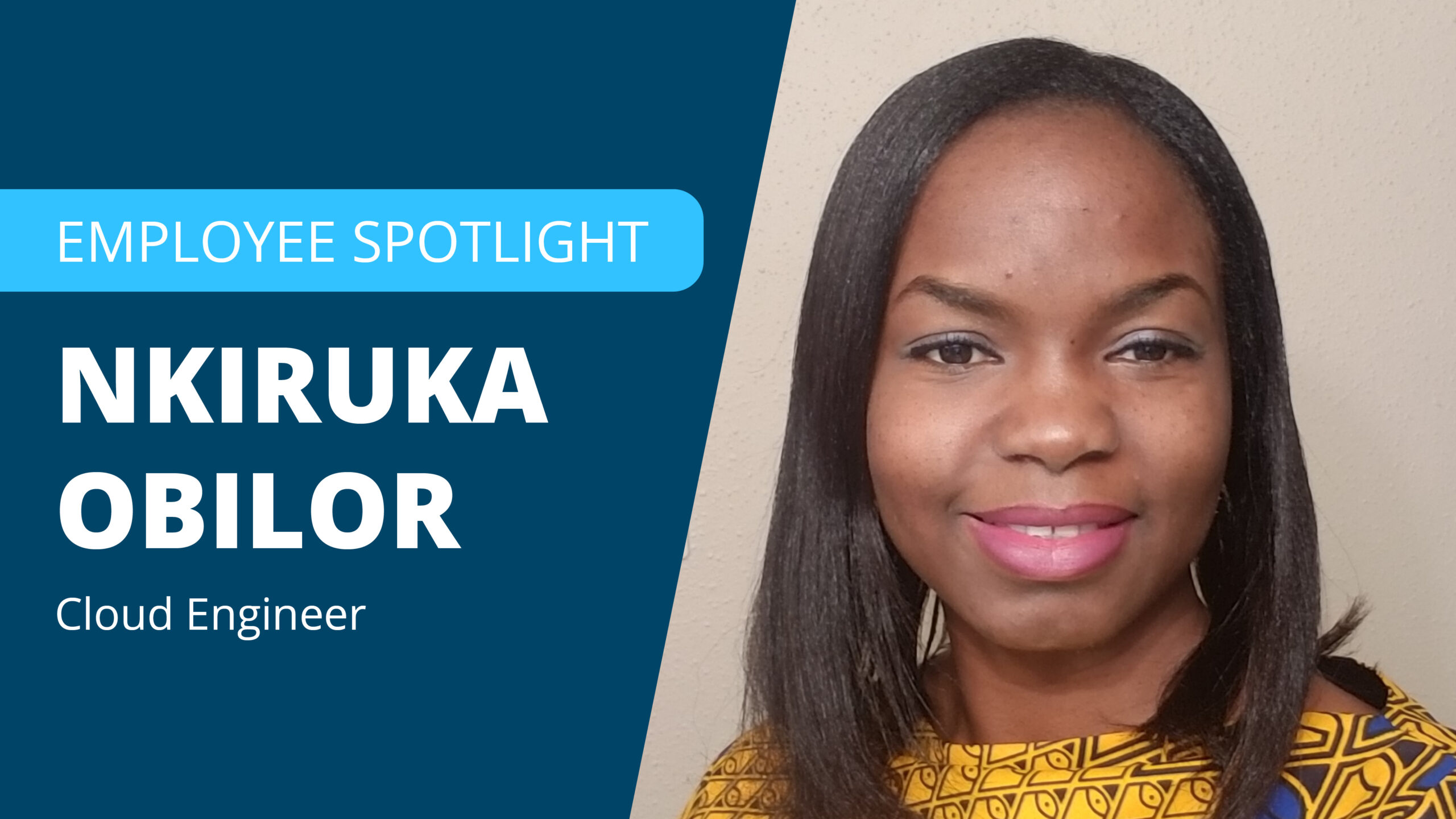 If you walk into the CloudSaver office and head toward the operations team, there is someone you won’t see there, but that doesn’t mean she’s not an integral part of CloudSaver.

Cloud Engineer Nkiruka Obilor works from her home in Dallas, which she shares with her husband and children, and is one of a handful of CloudSaver employees not based in the Kansas City area.

“[Working remotely] requires a lot of discipline,” Obilor said. “When you’re serious in IT, you have to discipline yourself. When you slack, it shows, especially when you are in operations where most things are hands on.”

How did Obilor, a Nigerian-native-turned-Texan, arrive at her current position at CloudSaver?

She went to school in Nigeria before moving to the United States. After arriving, she developed her interest in the cloud while taking information technology classes.

“I was working as a desktop technician,” Obilor said. “While I was studying for my networking exams, there was a portion of it that involved cloud.”

Fortunately, she would get her opportunity to work in her newfound interest area soon after.

“It happened to be that I was in class with [Kennedy Izuagbe, CloudSaver Cloud Operations Manager],” Obilor said. “Kennedy was hired by CloudSaver first, so he talked to me and asked if I was interested in the cloud and encouraged me to apply.”

One thing that she enjoys about working at CloudSaver is how she doesn’t have to be afraid to speak her mind and make her impact.

“[My favorite part about CloudSaver] is having my voice heard,” Obilor said. “I am taken seriously, and I am not being shut out.”

She also said she has found a collaborative and nurturing environment within the operations team.

She’s especially proud of her team’s collaboration because she’s currently the only woman on her team.

“It makes me feel kind of powerful being the only female on my team right now,” Obilor said. “Of course, I want more females, because it’s doable. And the guys are great. They encourage me. I’m part of the guys.”

Outside of work, you will most likely find her doing her favorite activity – reading. At any given moment, she’s probably in the middle of three different books.

“I like to read,” Obilor said. “I could lock myself in and stay on my own island with my books. That’s my number one thing.”

She also loves to travel and meet new people. She loves to hear other people’s ideas and their unique points of views. Her favorite travel destination has been Oakland, California.

“I had my second baby there and I spent a few months there,” Obilor said. “It reminded me so much of home. There was so much diversity and felt like I was back home because it was a mix of cultures that I miss from over there.”

Working remotely for CloudSaver has allowed Obilor the flexibility to balance her home life as a mom and wife and her work life as a trusted member of the CloudSaver team. When presented with a challenge, she works hard to bring herself up to speed, ask questions, and pick the brains of her team. She does this all because she wants CloudSaver to succeed.

“Here you are free to express yourself, be yourself,” Obilor said. “When someone takes you seriously, it makes you want to do more and challenges you to bring more to the table.”