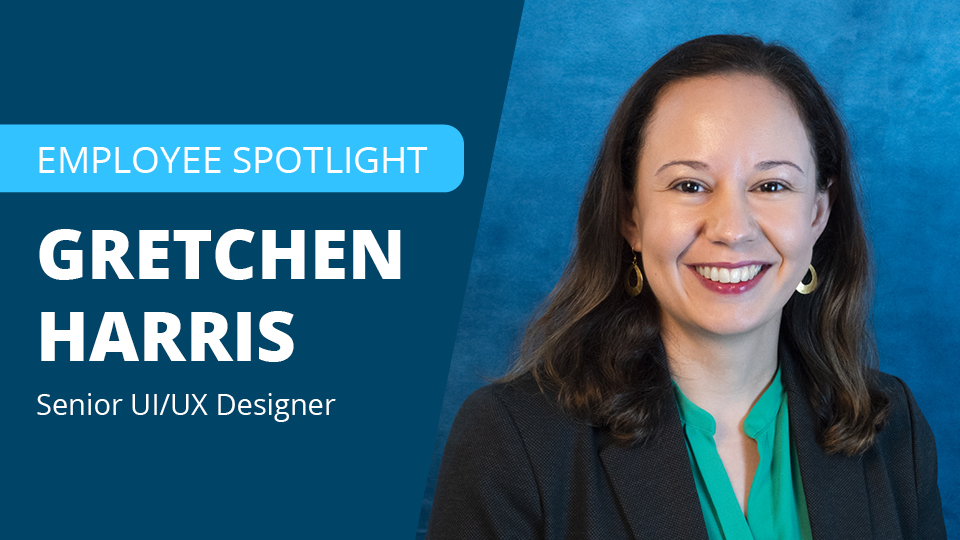 As a self-proclaimed collector of hobbies, Gretchen Harris has a variety of interests. She loves birds, cooking Mexican food, and playing instruments such as the accordion and the tin whistle, a woodwind instrument similar to a recorder.

Harris also has to create balance between multiple interests and priorities in her role as Senior UI/UX designer at CloudSaver. Instead of having one singular focus, every day she seamlessly melds functionality and design.

“I have established the look and feel of the UI of the new CloudSaver platform,” Harris said. “I work with engineers and the product stakeholders throughout the company to define features for the product and create a UI that will meet the needs of our users.”

Since before joining CloudSaver, Harris was drawn to the opportunity to put her fingerprint on a new product.

“I was curious about a company that was engineering-centric,” Harris said. “The strong technical aspect of the role piqued my curiosity. It sounded like a really cool opportunity to be that first UX designer and help establish the look and feel of the product, create a design system for it, and be really instrumental in the creation of a new product. That was really exciting.”

For Harris, UI/UX is much more than just design and creating a good-looking product.

“I think [for people wanting to get into UX], you naturally look into a lot of UX stuff, articles, and keep up to date with all the latest software and tools, but it’s also really important to focus on personal growth, communication, and professional growth,” Harris said.

“Don’t just constrain yourself to designing and staying nose in the software,” Harris continued. “Learning how to speak to people throughout the business to learn what their objectives are is important. How can you help meet those objectives and bring user experience into it?”

While not in the office, Harris enjoys traveling, especially to Ireland. This past June, she visited the west coast of Ireland for her wedding anniversary. It was the fourth time she has been to the country, including once for her honeymoon and once when she was 10 years old. Her younger brothers were even born there.

“From a young age, I’ve always had an interest in their culture,” Harris said. “I did Irish dancing when I was little. I’ve played Irish music, so it’s just a fun part of our family culture to visit Ireland and participate in their culture.”

Much like her hobbies, while on her travels, she looks for unique experience opportunities.

One of her goals is to visit Scotland and Wales.

What awaits her there?

“There is a place in Wales that is the only place outside of Mongolia where you can learn horseback falconry,” Harris said. “One of my favorite things to do whenever I travel is to look for any local falconry places where you can do a falconry experience. You can have the bird on your arm. I love wildlife and especially birds.”

She grew up having birds as pets and has two now (that aren’t falcons; they are parrots). She has also fostered birds through Beak n Wings Parrot Rescue in Lenexa, Kansas. Harris, who is originally from San Diego, also shares her home with humans: her husband and two children.

So while one day she might leave CloudSaver to pursue falconry on horseback, she’s excited with the work she is doing here and the environment that exists at CloudSaver.

“One of the greatest resources is definitely the people here,” Harris said. “I feel like it’s a place where everyone’s ideas are heard and respected. I really appreciate that, and we have a good time too. People genuinely like each other.”

Favorite place she has visited: Ireland